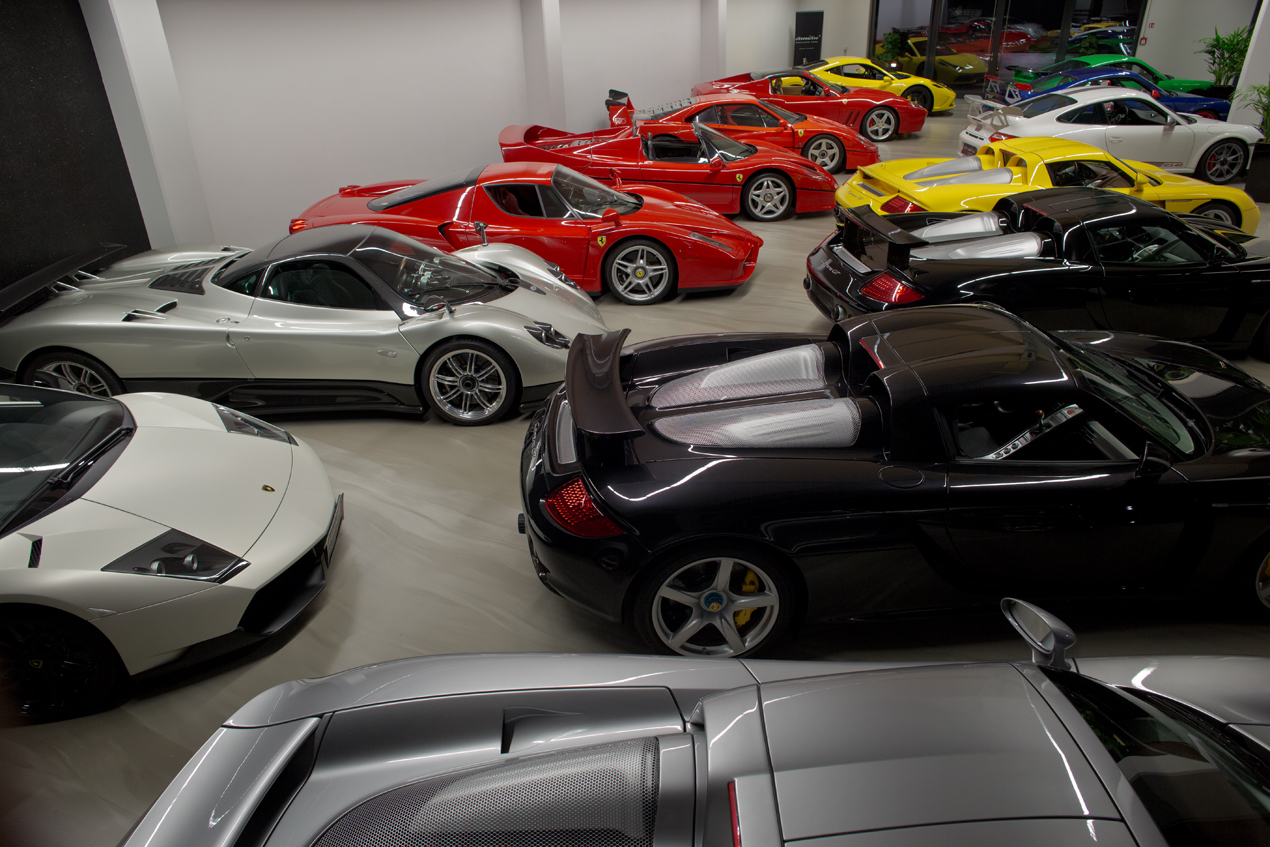 The Internet portal www.gtspirit.com has chosen the ten most exclusive showrooms in the world.

Amian Cars has reached the fourth place worldwide. „The first European dealership on our list is arguably the most incredible on the continent“, explains the portal.

The award of having the most exclusive collection of supercars in Europe, makes us very proud. Before Amian Cars are only three showrooms in Saudi Arabia, Dubai and the United States listed.

And of course, we are working hard to be as fast as possible on the first place – not only in europe, also worldwide.

Moving in our new Showroom

The last construction phase has begun, in December you are welcome in our new building. To the end of the year Amian Cars is moving in the new Showroom in Cologne-Marsdorf. Everything gets bigger: On more than 1500 square meters you can search for your personal dream car. On two areas we will present to you our high-class sports cars. We are looking forward to welcome you in December at our new bulding. The official opening will be in March 2015. By now we want to thank you for your loyalty.

Vivid and live up there

Once again it was so far. From the 7th to the 17th of March 2013 the traditionally first European car fair took place in Switzerland. On the Lake Geneva presented themselves on 102,000 m ² about 700 manufacturer brands from all over the world. On the fair complex of the most important car fair were introduced a huge number of studies, exotics and supersportsmen. Amian – exclusive cars was present very closely during the press days and shows insights into the world of the coming and the news of the extravagant chassis.

An ocular width was the new dream sports-car of the red and blue Pagani: The Huayra. The „God of the wind“ presents himself with a Twinturbo V12 engine of Mercedes-Benz, to 720 hp and a top speed of 224 mph. The legendary Zonda successor is composed in manual labour from 4000 individual parts and emits a certain perfection with his soft, rounded and modern kind. Besides, this ocular width owns on all four corners automush steered brat which provides for the perfect aerodynamic balance. The charasteristic feature with the Huayra lies on the weight reduction, how the exhaust gas arrangement of titanium and the car body from cirque voucher. Quick like the wind accelerates the Huayra from 0 to 62 mph in full 3.3 seconds.

Another seriously increasing challenger with the supersports-cars is of the P1. Behind it there is yellow sports-car with hybrid technology of the British manufacturer McLaren. Full 903 hp squeeze press, in a new organically curved car body, into the asphalt. The impulse is marked by a 3.8-litre Biturbo gasoline with an average consumption of provisionally 8.5 litres. Big aerial openings in the front and a roof scoop give enough fresh air to the speed racers. By button pressure in the steering wheel the DRS is activated, like with the formula 1. Driving pleasure not only on television, but in this, on 375 vehicles limited, supersports-cars.

Another monster of sports-car is the new Veneno of Lamborghini. This very exclusive specimen embodies passion, driving pleasure and elegance rolled into one. From 0 to 100 in 2.8 seconds make the Veneno the ultimative racing sport prototype. Equipped with a V12 engine of 739 hp, the front of the Lamborghini on perfect perfusion and carrying off is laid out. The engine cover of the bull is provided with six gill-shaped openings to derive the engine warmth which flows into a big central Finn of “shark” for stability of the rear. An extremely quick switching by the ISR gear with five driving modes, a permanent four-wheel drive, a racing sport chassis with Pushrod-bicycle suspension and horizontal feather and damper units make to a naming, strongest and most aggressive all fight bulls, all honour.